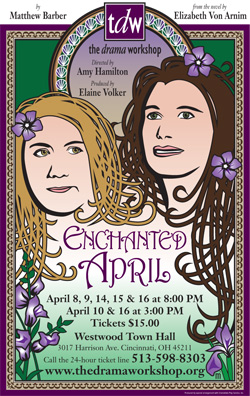 Lotty and Rose, two married women living in a 1920’s London, share the misery of empty relationships with their spouses and decide to rent an Italian castle for the spring to get away. In order to save money, they recruit two very different English women to share the cost and the experience. Mrs. Graves, an elderly widow who knew many famous authors in her youth, is struggling with a lonely and regimented existence and jumps at the chance to join the vacation. Lady Caroline Bramble is a gorgeous flapper who is sick of men, and she only wants to be left alone – or so she things. In San Salvatore, among the wisteria blossoms and Mediterranean sunshine, all four bloom again as they find themselves in a transformative beauty so enchanting that they experience changes in themselves they never thought possible. 2003 John Gassner Award winner – Outstanding New American Play. 2003 Tony Award Nominee – Best Play.