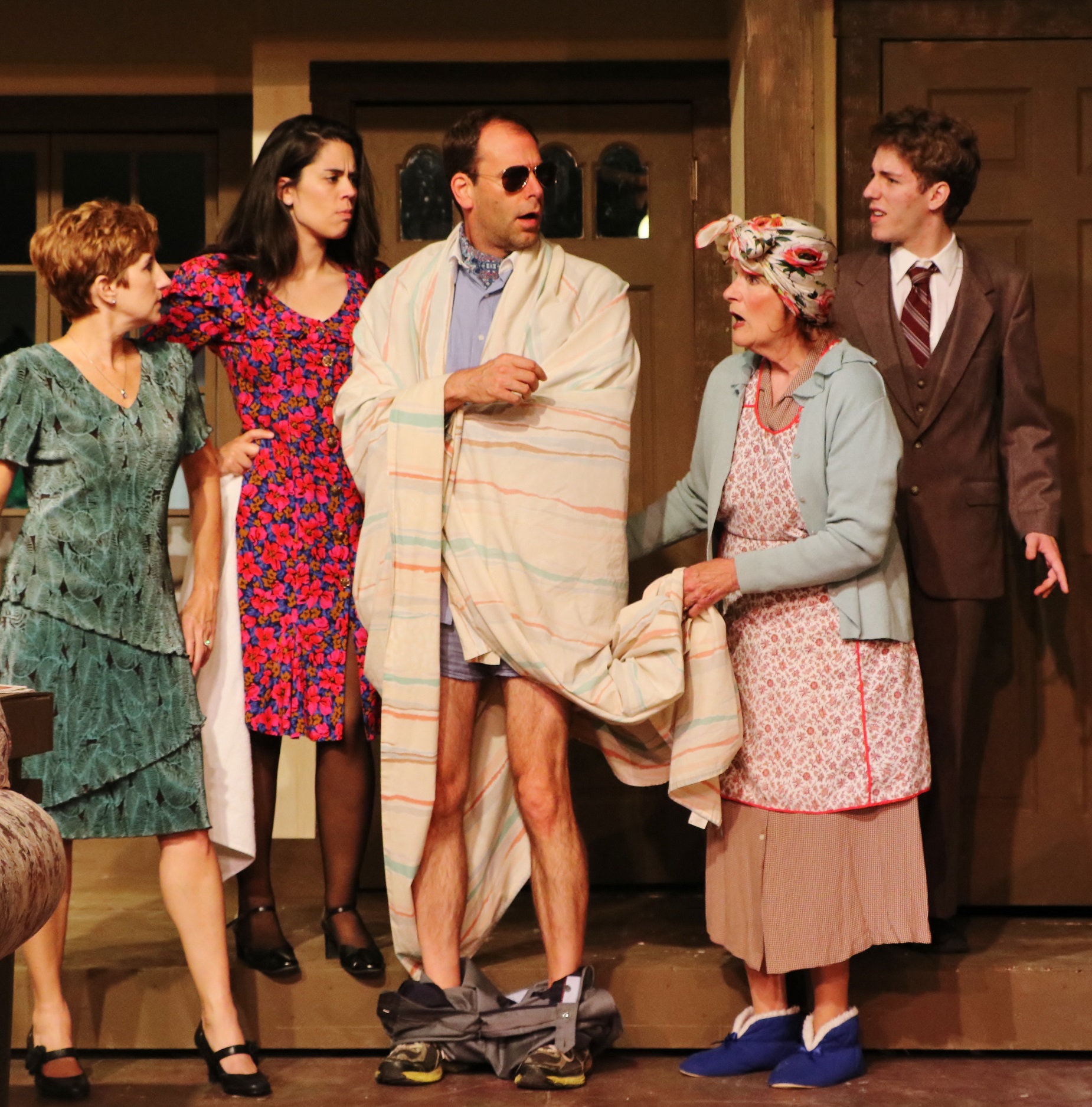 The Drama Workshop presents “Noises Off”

In this play within-a-play, the opening night performance of the farce “Nothing On” is just hours away, and as the cast stumbles through their final dress rehearsal, things couldn’t be going any worse. With lines being forgotten, love triangles unraveling and sardines flying everywhere, it’s complete pandemonium… and we haven’t even reached intermission! Can the cast pull their act together on the stage even if they can’t behind the scenes?

TDW favorite Stefanie Adams is returning to the TDW stage for the first time since 2014’s “Suite Surrender”. “If you’ve ever wanted to know what’s happening backstage at show – here’s your chance,” she said. “What do those actors do when they aren’t on stage? What happens at rehearsals? Does everyone really like each other?” She added, “In this case, we really do!”

Newcomer Elizabeth Beatty is no stranger to the stage, having turned in award-winning performances across the greater Cincinnati area. “Watching each person grow into their character during rehearsals has been a blast. Every night, someone tries some new comedic bit that makes the rest of us lose it,” she laughed. “Everyone is friendly and inviting. I feel very welcome with the group.”

Eric Thomas appeared in last season’s acclaimed production of “The Best Christmas Pageant Ever”, and offered a suggestion to patrons. “The set for this play is worth the price of admission on its own! In Act I, it seems like a perfectly functional set for its purpose. But there’s more than meets the eye. I won’t spoil it, but the audience needs to stay and watch the transition during the first intermission!”

For more information or to order tickets, please call TDW’s 24/7 ticket line at 513-598-8303 or order on line at www.thedramaworkshop.org. Discounts are available for groups over 10. Shows frequently sell out, so reservations are recommended. Advanced reservation seats are $16 each, or tickets may be purchased for $17 at the box office the day of the show. The 96-seat theater uses festival seating, except for season subscribers.

TDW has a long history of being selected to represent the Southwest Ohio region at the Ohio Community Theatre Association annual conference, including last season’s production of UNNECESSARY FACE. TDW was also honored to represent the state of Ohio at the 2013 American Association of Community Theatre regional conference in Hartford, Wisconsin. The Drama Workshop has been recognized the Cincinnati Preservation Association for their efforts to rehabilitate the former Glenmore Bowl into The Glenmore Playhouse.