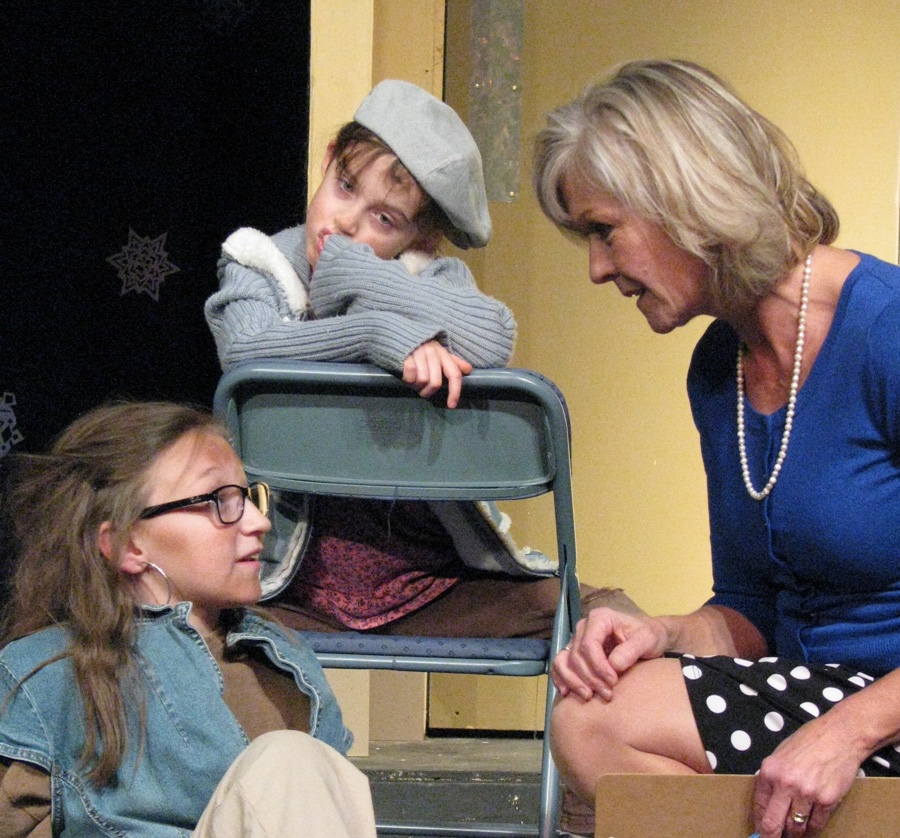 (Cheviot, OH) The Drama Workshop’s production of the holiday classic, THE BEST CHRISTMAS PAGEANT EVER runs through December 19 at The Glenmore Playhouse, 3716 Glenmore Ave in Cheviot. The show offers Friday and Saturday evening performances beginning at 7:30 pm, and Saturday and Sunday matinees starting at 2 pm.

When the bullying, cigar-smoking Herdman kids find out that church is followed by free cookies, punch, and other refreshments, they show up in force, just in time to learn about auditions for the upcoming Christmas Pageant. When the Herdmans take key parts in the Pageant and collide with the Christmas story head on; the result will either be the most disastrous Christmas Pageant ever . . . or the best!
The show is written by Barbara Robinson, and is directed by an award-winning production team of director Ivory Mazur, producers Megan Schultheis and Gretchen Gantner, and stage manager Wendy Williams.

As the first show that TDW has done in many years featuring children, the group has focused on ensuring that the young actors have a positive experience as well as growing in their roles. Nora Daley plays Beth Bradley, the narrator of the show. “It’s just been really fun. All the kids are best friends now. But in the end I’d say the best thing in theater is knowing that you made someone smile. When someone sees a show it’s a chance for them to escape their problems and just laugh and enjoy themselves.”

The adults in the show echo Nora’s sentiments. Eric Thomas plays Bob Bradley, Beth’s father. “I’ve seen several TDW productions, but this is my first time working with them. I got to see what makes productions here so special: the people! The dedication to excellence among the behind-the-scenes crew here is extraordinary. The audience will love this play.”

Adult tickets for THE BEST CHRISTMAS PAGEANT EVER are $16 each when ordered in advance, or $17 at the door. Tickets for children are $7 each. Shows at TDW frequently sell out, so advance reservations are strongly recommended. Tickets may be ordered by phoning the TDW 24/7 ticket line at 513.598.8303, or by ordering online through the TDW website at www.thedramaworkshop.org.