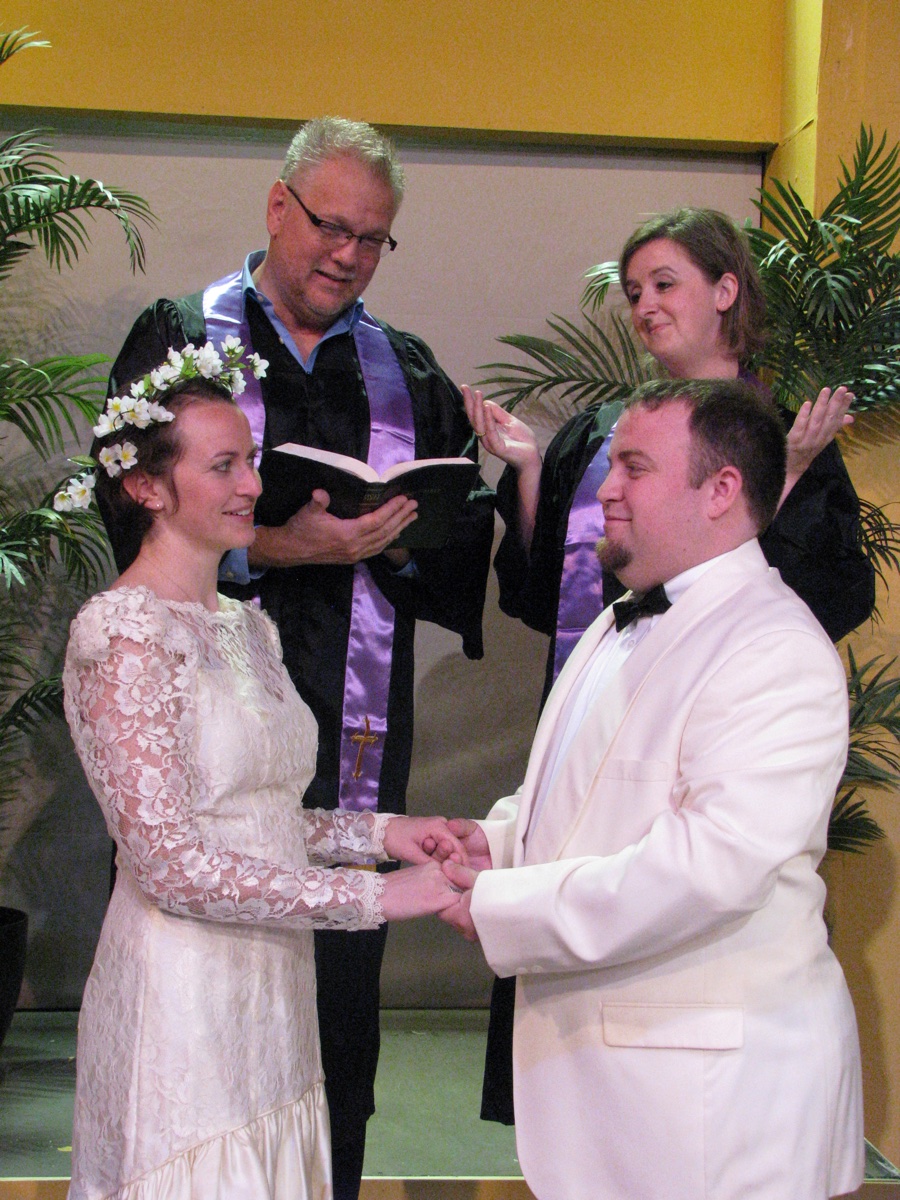 (Cheviot, OH) The Drama Workshop is pleased to open its 62nd season with the hilarious musical I LOVE YOU, YOU’RE PERFECT, NOW CHANGE at The Glenmore Playhouse at 3716 Glenmore Ave in Cheviot. The show runs from Sept 11 to Sept 27, 2015; Friday and Saturday evening performances begin at 8 pm, and Sunday afternoon performances start at 2 pm.

I LOVE YOU, YOU’RE PERFECT, NOW CHANGE is a celebration of the mating game and takes on the truths and myths behind that contemporary conundrum known as “the relationship”. The show details the journey from dating and waiting to lovers and marriage, progressing to reveal the agonies and triumphs of in-laws and new-borns, trips in the family car and pick-up techniques of the geriatric set. This hilarious revue pays tribute to those who have loved and lost, to those who have fallen on their face at the portal of romance, to those who have dared to ask, “Say, what are you doing Saturday night?”

The show’s book and lyrics are by Joe Dipietro, with music by Jimmy Roberts. The show is directed by Linda Abbott, produced by Elaine Volker and Dennis Murphy, and features the talents of Jody Hart, Jennifer Richardson, Annie Huey, Kevin Breslin, Jim Curtis, and Evan Blanton.

Cheviot resident Annie Huey is a newcomer to TDW, and says that she’s been having a blast in her first show with the group. “It’s been wonderful to be part of such a playful show because it brings a little bit of silliness to my day-something that, as adults, we all need more of,” she said.

Jody Hart, who appeared in last season’s production of ONE FLEW OVER THE CUCKOO’S NEST, agreed. “I love leaving rehearsal still smiling at the antics of my costars.”

Jen Richardson, another TDW veteran, chimed in, “I think audiences will enjoy a look at the humorous but very real side of love and relationships”.

Tickets for I LOVE YOU, YOU’RE PERFECT, NOW CHANGE are $16 each when ordered in advance, or $17 at the door. Shows at TDW frequently sell out, so advance reservations are strongly recommended. Tickets may be ordered by phoning the TDW 24/7 ticket line at 513.598.8303, or by ordering online through the TDW website at www.thedramaworkshop.org.