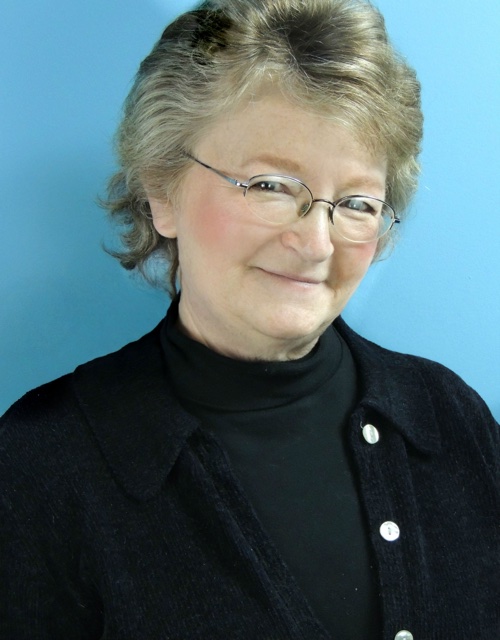 Elaine Volker of The Drama Workshop was honored by the Association of Community Theatres of Cincinnati at their annual awards ceremony for her excellent work in technical theatre over her 31 years with the Cheviot group. Image credit: Chelle Liegel

(Cheviot, Ohio) Cheviot’s own community theatre, The Drama Workshop, received many accolades at the Association of Community Theatres of Greater Cincinnati annual awards ceremony on June 27, 2015.

ACT Cincinnati, an umbrella organization for local theatre companies, provides a program where members can have their productions critiqued by knowledgeable judges from other greater Cincinnati theatre groups. This provides feedback on the productions, including areas which are well executed as well as areas which could be improved upon. In conjunction with this program, the judges also nominate individuals and groups for awards in different theatrical areas, including acting, direction, scenic design, costuming, lighting and sound, and so on. These awards are presented annually at the June ceremony.

In total, TDW received 57 awards for their productions from the 2014-2015 theatrical season, more than any other group in Cincinnati.

TDW’s staging of ONE FLEW OVER THE CUCKOO’S NEST led the way with 18 awards, including individual acting recognition for many of the cast, ensemble performance, direction, production, overall performance quality, and overall technical quality. Each TDW mainstage production from last season received at least seven awards.

Additionally, TDW’s members swept the special achievement awards presented that evening, including the three awards from ACT Cincinnati, as well as one from the Ohio Community Theatre Association.

Elaine Volker, a Westwood resident, received the Mario Pitocco award, which goes to an individual who excels in the technical aspects of theatre. Elaine has literally worked on every TDW production since she joined the group in 1985, totaling over 100 shows in her 31 years with the group, and receiving awards in many areas along the way. In all that time, Elaine has only appeared onstage in one show, 2013’s LOVE RIDES THE RAILS, as – you guessed it – a stagehand.

Dee Dunn, of North College Hill, was presented the Art Rouse Award, recognizing an individual or couple that has shown exceptional commitment and dedication to community theatre. Nominated by Center Stage Players, Dee is a valued member of many local theatre groups, including TDW. Last season with TDW, she appeared in ARSENIC AND OLD LACE and costumed ONE FLEW OVER THE CUCKOO’S NEST. She will also appear in this fall’s production of DEATHTRAP.

Karen Vanover, a TDW member from Symmes Township, received the Roger Grooms award, which recognizes outstanding contributions to the fields of direction and education. Karen has led the TDW Children’s Theatre Camp the last three years, provided training and stage combat choreography for a number of TDW shows, and made innumerable contributions to many other groups in the greater Cincinnati area.

Additionally, Gretchen Gantner received the “Spirit of Community Theatre” award, presented by the Ohio Community Theatre Association to a person who exemplifies selfless dedication to theatrical arts. Gretchen has been a member of TDW for 15 years, and tirelessly handles all ticketing and box office responsibilities, as well as being a gifted actress, costumer, and producer.

“To say the least, we are extremely proud of our fantastic past season and our extremely talented and dedicated membership,” said TDW President Tobie Braverman. “We are looking forward to an equally fabulous 2015-16 season.”

Located in the former Glenmore Bowl, now known as The Glenmore Playhouse, The Drama Workshop opens its 2015-2016 season on September 11 with the hysterically funny musical I LOVE YOU, YOU’RE PERFECT, NOW CHANGE. Tickets are available online through the TDW website at www.thedramaworkshop.org, or by phoning the 24/7 ticket line at 513.598.8303. Season subscriptions are also available; please call the box office for more information.

THE DRAMA WORKSHOP was founded in 1954. TDW is a 501(c)3 non-profit organization dedicated to advancing education and promotion of the theatrical arts. The Drama Workshop is widely recognized as one of greater Cincinnati’s most accomplished community theater organizations, garnering dozens of awards annually from the Association of Community Theatres of Cincinnati. TDW productions have been regularly selected to represent the Southwest Ohio region at the Ohio Community Theatre Association annual conference, and TDW was also honored to represent the state of Ohio at the American Association of Community Theatre regional conference in 2013. The Drama Workshop was also recognized by the Cincinnati Preservation Association in 2013 for their efforts to rehabilitate the former Glenmore Bowl into The Glenmore Playhouse. Prospective members, and individuals or businesses interested in becoming involved or in helping advance TDW’s mission are encouraged to contact the group through our website at www.thedramaworkshop.org, or by phone at 513-598-8303.

News outlets requiring additional information may contact Ms. Gretchen Gantner at 513.470.5516, or by email at groose1876@aol.com.