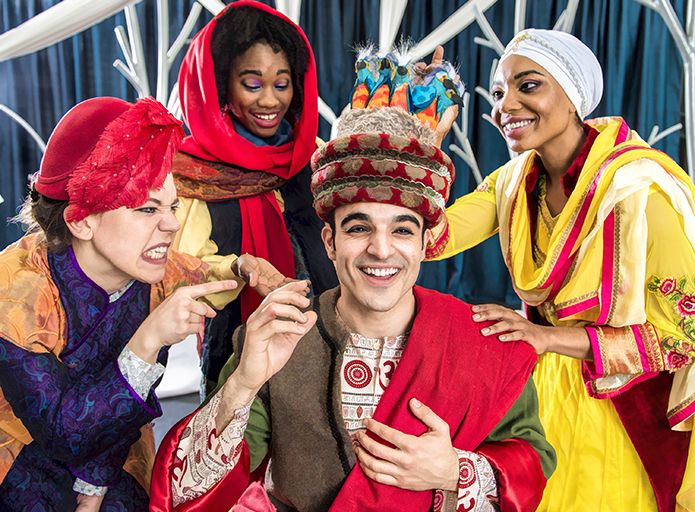 (Cheviot, OH) The Drama Workshop is pleased to welcome guest performers on April 10 and 11, 2015 to The Glenmore Playhouse at 3716 Glenmore Ave in Cheviot.

On April 10th, TDW welcomes The Middle Child Improv Troupe, one of the premiere improvisational theatre groups in the greater Cincinnati area, with an 8 pm show. On April 11th at 2 pm, Playhouse in the Park will present its Off-the-Hill production of Bird Brain, especially for children five and up.

The Middle Child Improv Troupe members are storytellers, magicians, and used car salesmen, all wrapped up in one hot mess. Having quickly gained national recognition for their innovative style, this troupe already has television and movie credits on their resume, and are soaring in popularity. They are….well…probably like your middle child — quirky, and a bit weird, and you swear you love them just the same….only different. They are completely unscripted, and audience interaction and suggestions make for a hilarious, action-packed show! Shows are always family friendly!

The Cincinnati Playhouse in the Park returns to The Glenmore Playhouse with its production of “Bird Brain.” When a kindhearted woodcutter comes across a nest of freezing baby birds, he gives them a warm home under his hat. The problem is, he lives in a world where tipping your hat to others is not only a courtesy, but also the law, with severe punishments for disobeying. The woodcutter finds himself torn between doing what he feels is right and following the social norms. Will he follow the rules, or follow his heart? This charming fable about choosing to be different is full of laughs and the lesson that strange behavior isn’t always foolish.

TDW productions have been selected to represent the Southwest Ohio region at the Ohio Community Theatre Association annual conference eight of the last ten years, and presented an excerpt of “Nunsense” at the 2014 state conference. TDW was also honored to represent the state of Ohio at the 2013 American Association of Community Theatre regional conference in Hartford, Wisconsin. The Drama Workshop was recognized in 2013 by the Cincinnati Preservation Association for their efforts to rehabilitate the former Glenmore Bowl into The Glenmore Playhouse.

Prospective members, and individuals or businesses interested in becoming involved or in helping advance TDW’s mission are encouraged to contact the group through our website at www.thedramaworkshop.org, or by phone at 513-598-8303.