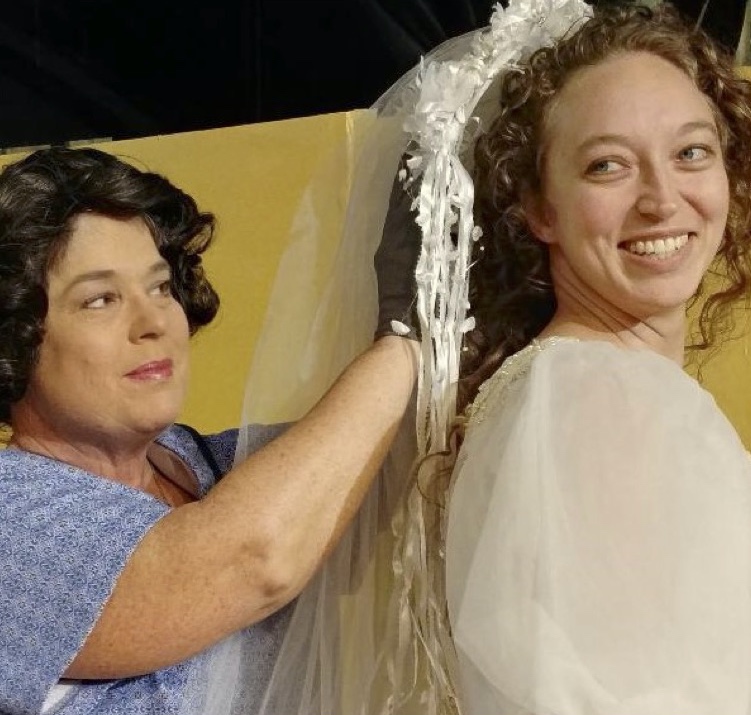 The Drama Workshop, entertaining Westside audiences since 1954, invites everyone to attend “A Catered Affair”. This heart-warming musical, based on the 1956 film of the same name, runs February 21 – March 8. Performances are Fridays and Saturdays at 8 p.m., Sundays at 2 p.m. and include a special Thursday evening performance on March 5 at 7:30 p.m. All performances are at The Glenmore Playhouse, 3716 Glenmore, Ave. Cheviot, OH 45211. Tickets are $18 if purchased online or by phone and $20 at the door. Tickets may be purchased by calling the TDW ticket line at 513-598-8303 or by ordering online at www.thedramaworshop.org.

This musical version of “A Catered Affair” is based on the movie that starred Betty Davis, Ernest Borgnine and Debbie Reynolds. Playwright Harvey Fienstein and composer John Bucchino turned the story into a musical in 2008. Bucchino usually composes operas. His first foray into musicals results in beautifully lush melodies that underscore the emotional life of the characters perfectly. The show was nominated for 12 Drama Desk awards and was chosen as “Best Musical” by the New York Drama League.

The action of the musical will take the audience back to Brooklyn in 1953. Husband and wife, Tom and Aggie, are reminded of the loss of their son in Korea when his death benefits check arrives. Tom wants to use the money to buy the medallion for the taxi he has been driving for twenty years. But when daughter Janey announces that she is getting married to her boyfriend at the court house before taking a cross country trip, Aggie decides that the money should be used to give her daughter the beautiful wedding she herself never had. Uncle Winston, Aggie’s gay brother, offers his assistance to plan and pay for the wedding but is told the event will be for immediate family only. Planning for the wedding puts the family unit in turmoil leaving them all to question whose dreams should come true in the end.

Cathy Jo Judge will take on the role of Aggie, the bride’s mother, who wants her daughter to have the wedding she never had and Mark Culp will play Tom, the father. Anna Hazard will play the bride-to-be and D’Waughn Hazard, her fiancé. Robert Weidle will play Uncle Winston. Jim Swartout, Mary Puetz, Denise Schnieders, Cathy Roesener and Sarah Willis each play multiple roles including Janey’s best friend, Tom’s taxi-driving friend, the fiancé’s parents, a caterer, a wedding dress shop owner and the family’s neighbors.

Director Dan Maloney wanted to direct this show because he is “at a point in my life where I just want to tell a love story, and this is a beautiful one. The music is gorgeous. My hope is that audience members will come to the show and feel like they know these characters from their own lives and families.” Maloney further states that “Love is full of peaks and valleys, happiness and frustrations, and in a lot of ways, it’s like a ride at an amusement park. ‘A Catered Affair’ encourages us to open our eyes and find the beauty in all of it.”

The production team for the play is led by producer Elaine Volker. The set was designed by Greg Schaper and set construction is led by master carpenters Schaper and Kent Smith. The costumes were designed by Cathy Ross. Jason Cox serves as the sound designer and Dennis Murphy as lighting designer. Elaine Volker assembled the props.

The Drama Workshop welcomes one of its neighbors, A Taste of Class Catering, as the show sponsor for this production.

Join us at The Drama Workshop for a special musical about a very special day in the life of this Bronx family who in many ways is just like our own families.