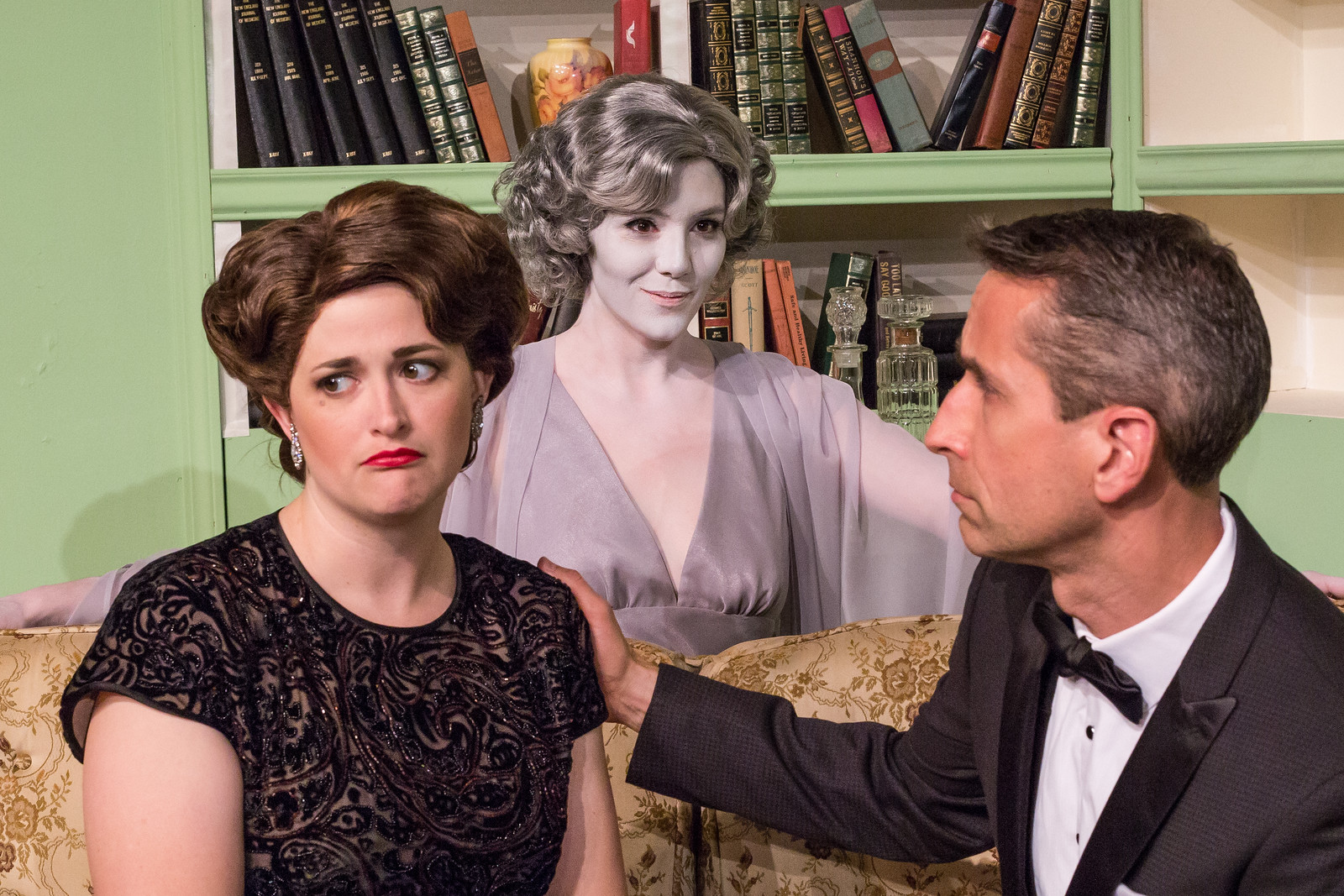 The Drama Workshop, entertaining Westside audiences since 1954, invites everyone to get into the mood for Halloween by attending Blithe Spirt – Noel Coward’s classic comedy that includes a medium, a séance and a mischievous ghost. Running, October 11 -27, performances are Fridays and Saturdays at 8 p.m., Sundays at 2 p.m. with a special Thursday night performance on October 24 at 7:30 p.m. All performances are at The Glenmore Playhouse, 3716 Glenmore, Ave. Cheviot, OH 45211. Tickets are $18 if purchased online or by phone and $20 at the door. Tickets may be purchased by calling the TDW ticket line at 513-598-8303 or by ordering online at www.thedramaworshop.org.

Blithe Spirit premiered in London in 1941 and has entertained audiences around the world ever since. The play centers around writer Charles Condomine and his second wife, Ruth. Charles has invited a local medium to join them and their guests for dinner and a séance so that he can gather information for a novel he is writing about a clairvoyant. The medium, Madame Arcati seems a little inept at first, but does contact “the other side” and a spirit does appear. It’s the ghost of Charles’ first wife, Elvira. She’s not happy Charles has remarried and has a plan to do something about it. The results of her meddling are a surprise to all.

Veteran director Gina Kleesattel is making her Drama Workshop debut with this production which stars Lon Nease and Elizabeth Beatty as Charles and Ruth Condomine. Betsy Bossart plays Elvira and Tory Pate plays Madame Arcati. Joe Ward and Rusty Lacy play Dr. and Mrs. Bradman, friends of the Condomines, and Lindsey Pullum rounds out the cast in the role of Edith, the Condomine’s new maid.

Ms. Kleesattel is excited about directing this play which she feels “is just as amusing to audiences now as it was two decades ago. Noel Coward’s wit and comic sophistication never goes out of style. And who doesn’t enjoy seeing people (or a ghost!) get tripped up in their own schemes? It’s a great evening of entertainment.”

The production team for Blithe Spirit is led by producers Megan Schultheis and Clint Bramkamp. Josh Neumeyer is the stage manager. The setting and decor are designed by Dennis Murphy. The costumes are designed by Murphy and Karen Romero. Eric Bardes will design the lighting and Jason Cox the sound. Elaine Volker assembled the props. Bethany Davisson oversees the ghost’s makeup and Manny Frias the wig design.

This play provides some bumps and screams and one or two moans but also a great deal of wit, sophistication and comedy that is sure to raise the spirits of an audience.

Don’t miss TDW’s Blithe Spirit or it may haunt you forever.