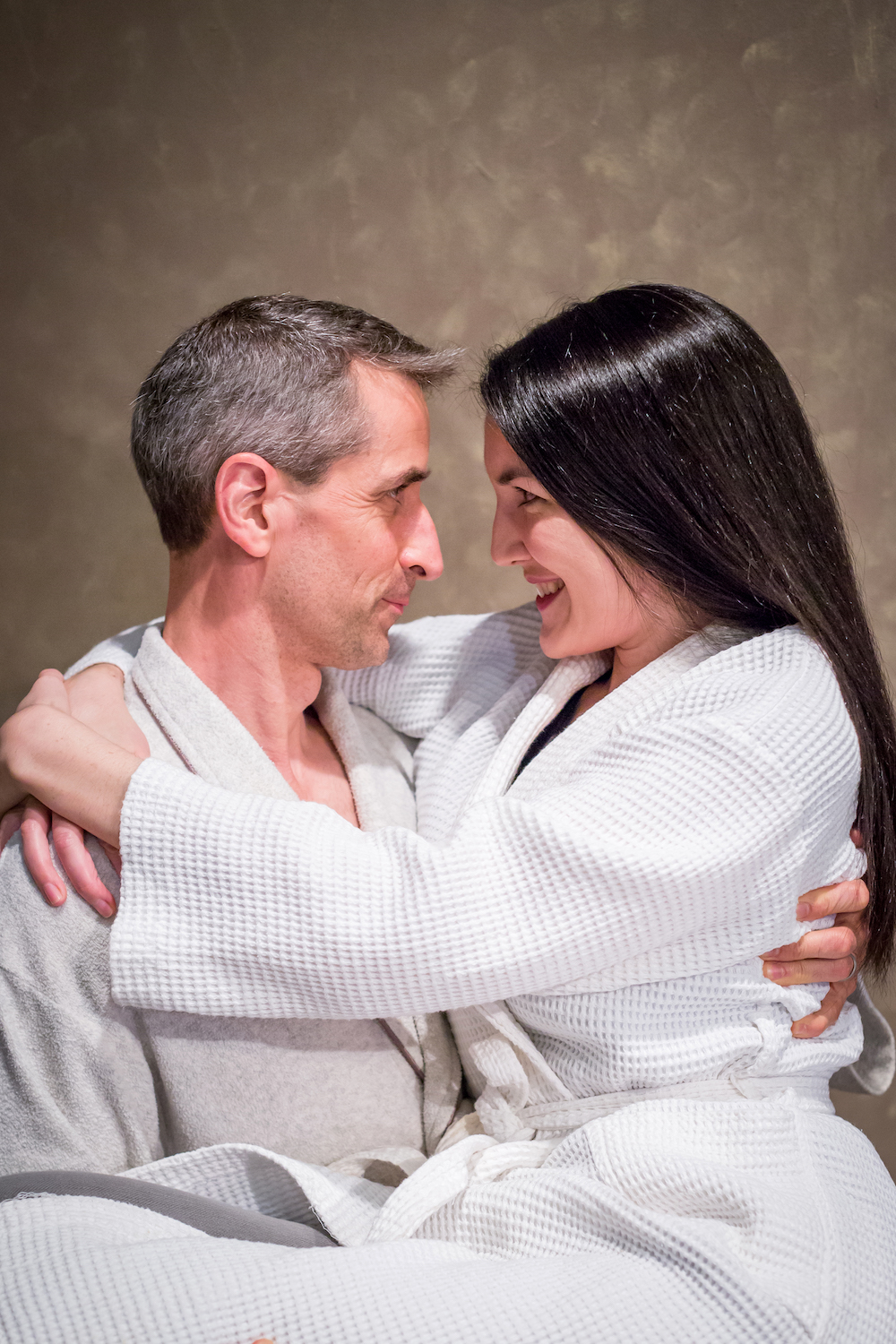 A moonlight swim leads to complications for Tracy Lord’s wedding in “The Philadelphia Story” at The Drama Workshop, October 5-21. (pictured: Lon Nease and Elizabeth Malloy) (Photo by Tammy Cassesa)

The Drama Workshop will present The Philadelphia Story October 5-22. Performances will be held on Fridays and Saturdays at 8 p.m. and Sundays at 2 p.m., with a special Thursday evening performance on October 19 at 7:30 p.m. Performances will take place at The Glenmore Playhouse, 3716 Glenmore Ave., Cheviot, OH 45211. Tickets may be purchased by calling the TDW ticket line at 513-598-8303 or ordering online at www.thedramaworkshop.org.

“The Philadelphia Story” follows the turn of events as a wealthy Philadelphia family prepares for the second nuptials of their daughter, Tracy Lord. Whether the wedding will go off without a hitch depends on many things, not the least of which is keeping up appearances for the tabloid reporter and photographer and the bride’s own ill-timed journey of self-discovery. The play was written by Philip Barry in 1939 and starred Katherine Hepburn in both the stage and movie versions. Jimmy Stewart won an Academy Award for his role in the movie version.

The Drama Workshop production will be a dream come true for the show’s director, Dennis Murphy. “I have wanted to direct a production of The Philadelphia Story for a very long time, having been a big fan of the movie for many years. I love that it is a romantic comedy with beautifully phrased dialogue and multi-dimensional characters that are both charming and true to life. And there’s a lovely twist at the end of the play that is as surprising as it is satisfying.” Murphy encourages those who may have busy weekends planned in October to attend the Thursday, October 19 performance. “The new Thursday evening performance starts at 7:30, so we can get our audiences home earlier.”