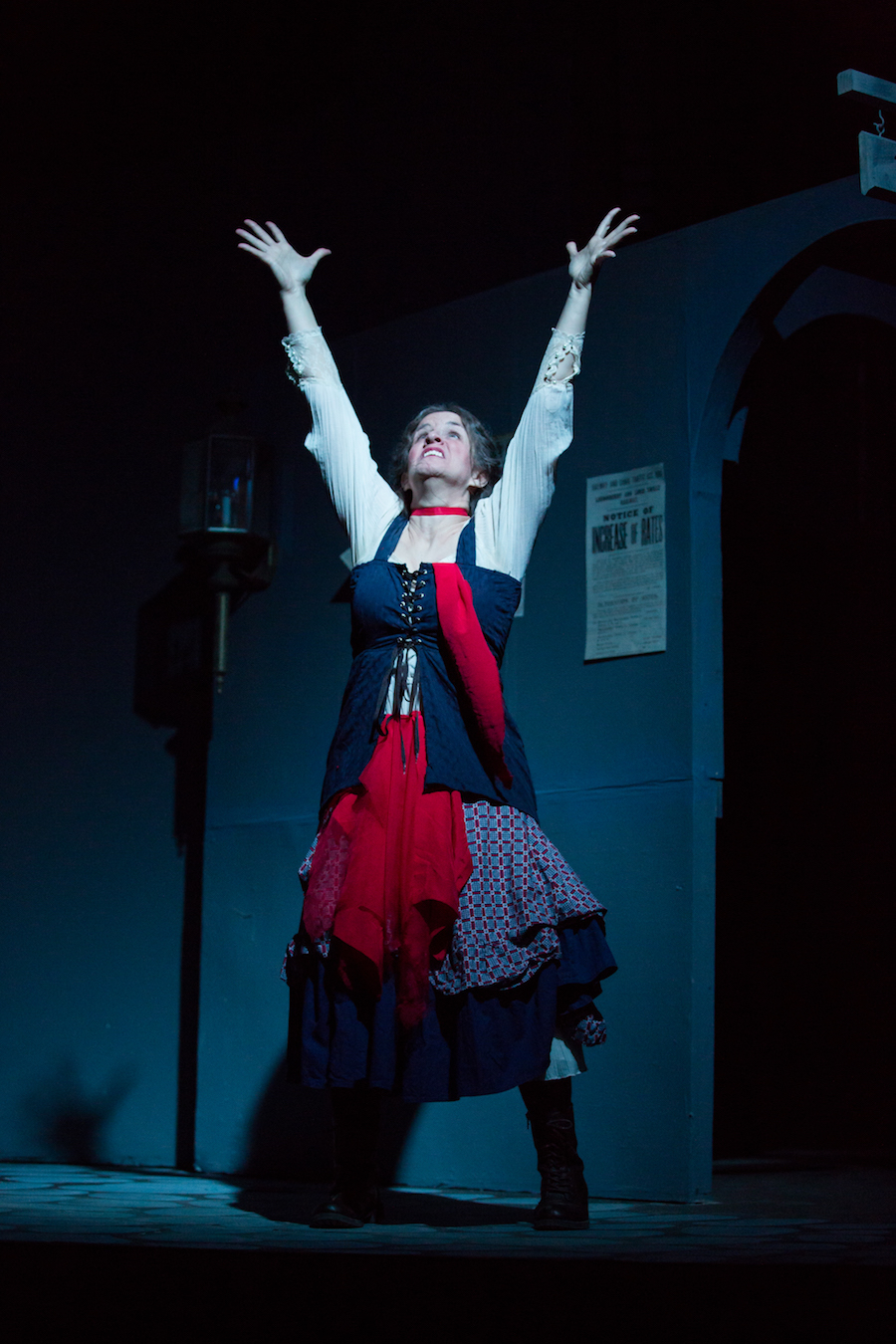 (Cheviot, Ohio) The Drama Workshop’s production of the new Jack the Ripper play, ‘The Girls of Miller’s Court’ opened to sold-out houses over its first two weekends. The world premiere of this original work by local playwright Jack Williams concludes the weekend of March 9 to March 11.

A limited number of seats are available for remaining performances on March 9 and March 10 at 8 pm, and March 11 at 2 pm. All performances are at The Glenmore Playhouse, 3716 Glenmore Ave in Cheviot.

After Jack the Ripper begins his bloody rampage in 1888, a band of prostitutes join forces to save their own lives by trapping the murderer themselves. A battle of wits ensues, as the hunter becomes the hunted – or does he? Based on true events, this is a Jack the Ripper tale that you’ve never seen before!

While much attention has been given to Jack the Ripper over the years, this story is more about the women, explains Susan Unes, who plays Mary Kelly. “I love researching and playing a woman who really lived and struggled in her own little world at a time when circumstances were desperate and dark,” she said. “While not much is known about her, it’s a pleasure to tap into what she may have been like and having the moxie to dare turn the tables on one of the most famous serial killers of all time.”

That fits right in with author Jack Williams’ intent. “I wanted to show that these women were more than just victims,” he said. “They were people. They had lives and they had children, and they had lovers, and husbands, and friends. Of all the mass murderers in history, the Ripper was the only one who got away with it.”

Jack smiles, “But he didn’t get away from me.”

“The Girls of Miller’s Court: Hunting Jack the Ripper” concludes its run on March 11th. Tickets are $18, and can be obtained by calling The Drama Workshop’s 24/7 ticket line at 513.598.8303, or by ordering online at www.thedramaworkshop.org. Seating is limited, and purchasing your tickets in advance is strongly encouraged.

For additional information on The Drama Workshop or The Glenmore Playhouse, or for press comp tickets, please contact either of us via email or phone.