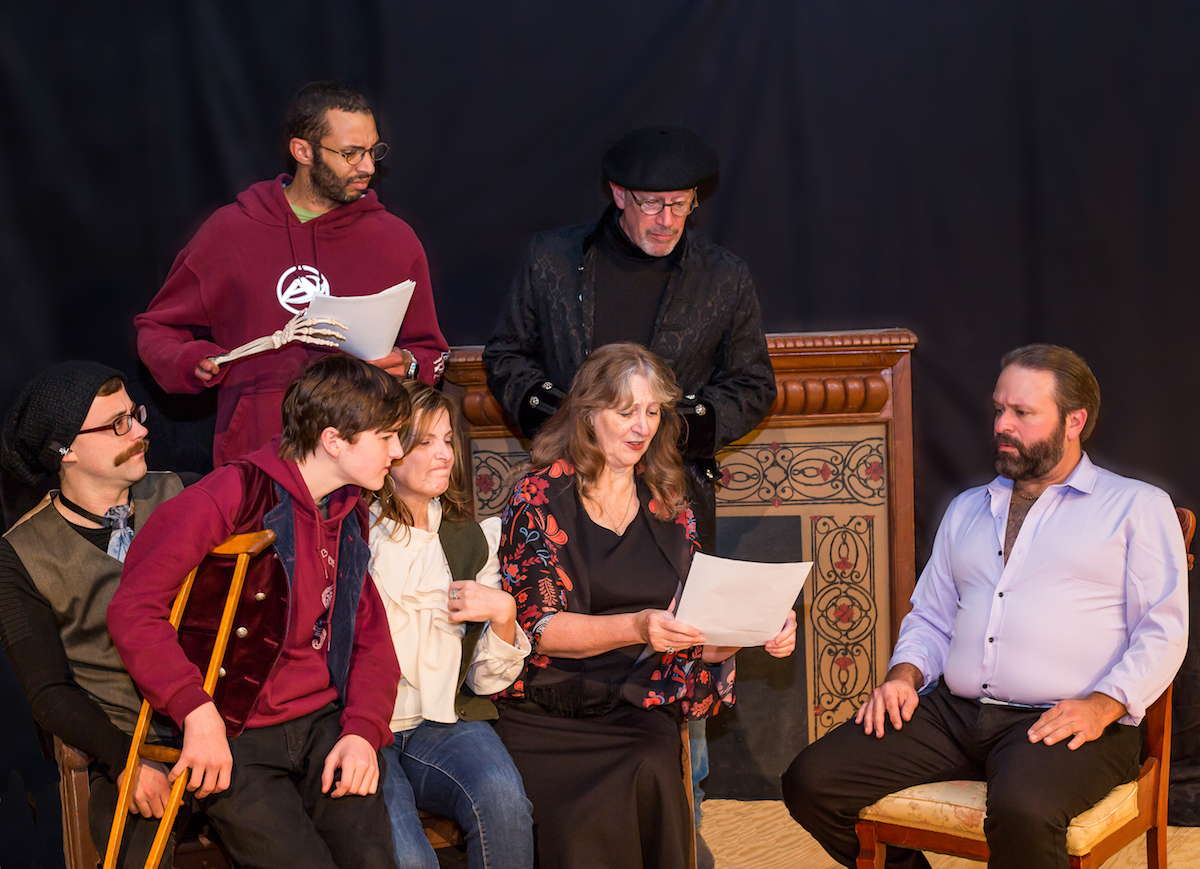 (Cheviot, Ohio) The Drama Workshop is thrilled to present its Christmas play for this year, ‘Inspecting Carol.’ Get your holiday cheer on with this hilarious, madcap comedy!

The production opens December 1st, and runs through December 17th with performances on Friday, Saturday, and Sunday for three weekends. Friday and Saturday performances begin at 8 pm, while Sunday afternoon matinees begin at 2 pm. Because of strong ticket demand, a special Thursday performance has been added for December 14th at 7:30 pm. All performances are at The Glenmore Playhouse, 3716 Glenmore Ave in Cheviot.

Behind the scenes of a struggling theatre’s annual slapdash production of A Christmas Carol, rehearsals are at a standstill. Tim is no longer Tiny, Scrooge wants to do the play in Spanish (Feliz Navidad), and their funding is on hold pending an inspection by the National Endowment for the Arts. When an itinerant actor shows up at their door looking for an audition and is mistaken for the NEA inspector, mayhem ensues with romantic entanglements, clanking chains, and a very unusual twist on the classic story. This laugh out loud spoof makes for a night at the theatre that is anything but show business as usual.

Stefanie Adams returns to The Drama Workshop’s stage after her award-winning appearance in last season’s ‘Noises Off,’ and cites the cast as one of the things she’s enjoyed most about the show. “From the very first read-through they have made me laugh and it’s only gotten better over the past months,” she explained. “Audiences will love how relatable these characters are. Chances are you know somebody (or two) like the people on the stage. If you like to laugh … this is the show for you.”

Kristy Rucker, who plays stage manager M. J. McMann, agreed. “Audiences will love this show because we all need more laughter in our lives and this show brings that in spades. TDW is always going to do what it takes to pull off a great show, from amazing cast to fabulous crew!”

Doug Tumeo has been on TDW’s stage several times over the last few years, and is happy to once again be working in Cheviot. “This theater and its members put SO much into everything they do, it’s really a top-notch experience for actors and audience alike,” he said. “If you don’t know this show, you’ll have fun, hilarious surprises over and over. If you DO know the show, you’ll see it really brought to life.”