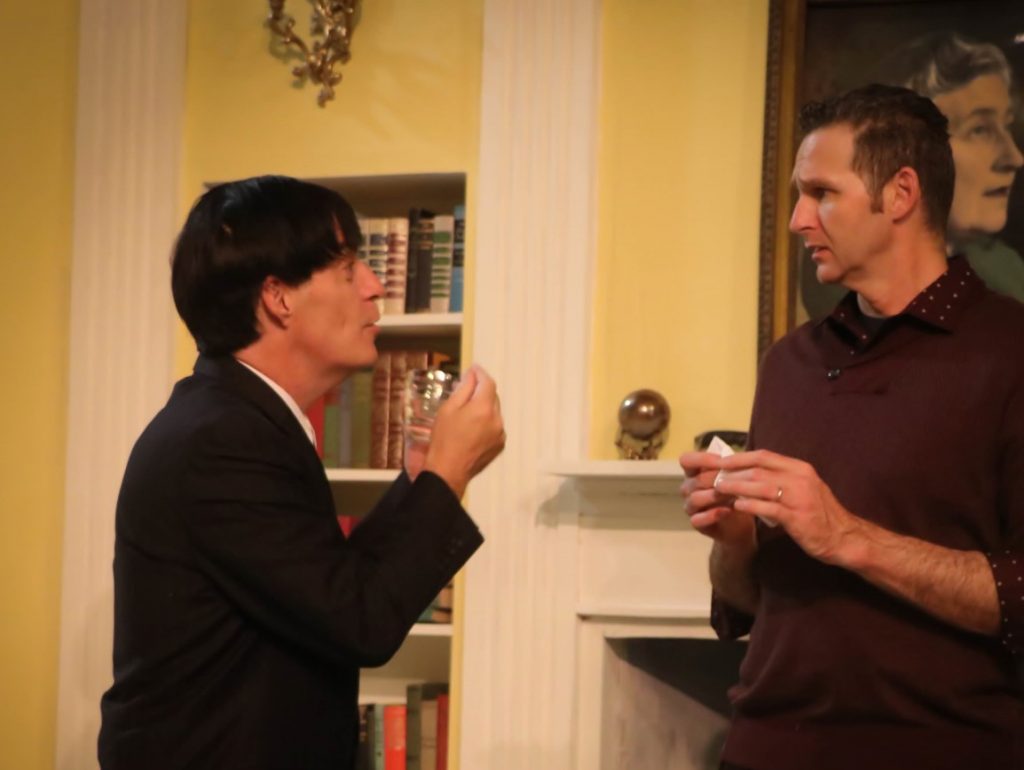 (Cheviot, Ohio) The Drama Workshop presents the second show of its exciting 2017-2018 theatrical season with the side-splitting comedy ‘Natural Causes.’

The production opens October 6, and runs through October 22 with performances on Friday, Saturday, and Sunday for three weekends. Friday and Saturday performances begin at 8 pm, while Sunday afternoon matinees begin at 2 pm. All performances are at The Glenmore Playhouse, 3716 Glenmore Ave in Cheviot.

This is a hilarious tale of Vincent and his unusual occupation as a “professional suicide merchant.” When Vincent is invited to Walter’s lovely country house to assist in the disposal of Walter’s wife, Celia, he senses something is wrong. Why are the suicide notes unsigned? What is the role of Walter’s attractive secretary? Why has the Samaritan been sent for? Will any of them die, willingly or unwillingly, from natural causes? ‘Natural Causes’ is a sure-fire prescription for laughter!

Over the last few years, Eric Thomas has become a regular performer at The Drama Workshop, last appearing as Felix in ‘The Odd Couple.’ He was drawn to ‘Natural Causes’ because of the characters. “Flawed as they are, they are quickly sympathetic and somehow you don’t mind that they are pursuing some rather dark goals,” he explained. “There are some truly laugh-out-loud moments in this show.  When the same lines the cast and crew have heard dozens of times in rehearsals are still getting laughs, you know it’s a good one.”