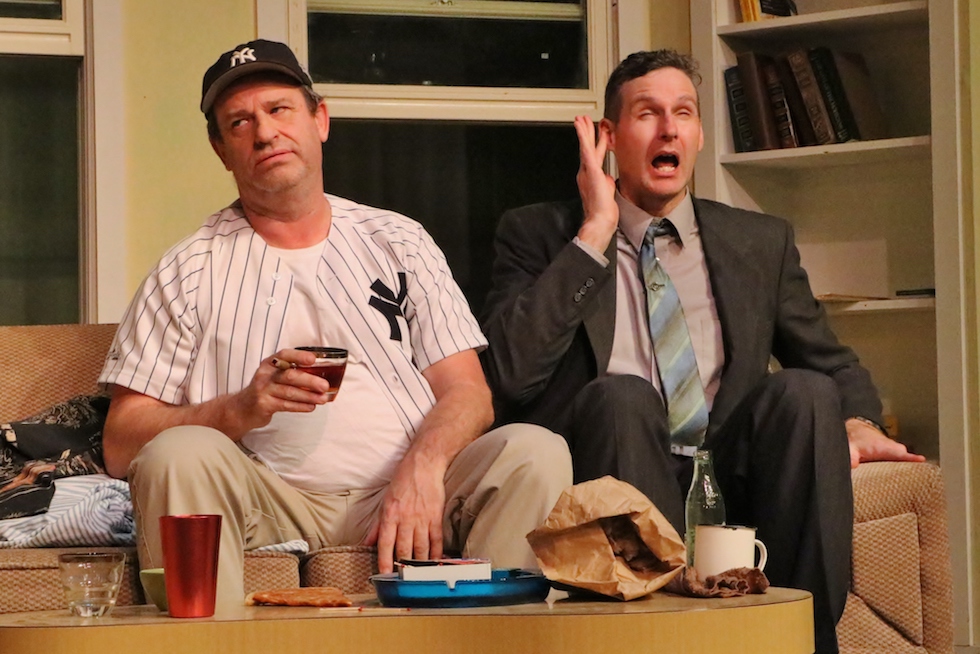 (Cheviot, Ohio) The Drama Workshop has concluded another great year of theatre in its home in the Cheviot business district, and is excited to build on last year’s success as it prepares for its 2017-2018 season.

For the 2016-2017 season, The Drama Workshop set a record for attendance, with over 4,000 patrons. Additionally, the group set a record for recognition received from the Association of Community Theatres of Greater Cincinnati, with 69 awards for excellence in acting, direction, and other performance and technical areas ranging from scenic design to properties to costuming.

TDW’s production of “The Odd Couple,” directed by Ray Persing, led the group with 17 awards. “I think a lot of our success is due to attention to detail, whether it’s performances or the different technical areas,” he said. “People know that when they come to TDW that they’re going to see a great show, and at a great price. It’s a cheaper evening out than going to a movie.”

Tobie Braverman, TDW’s president, is extremely proud of the group’s accomplishments. “We have been overwhelmed by our attendance numbers as well as the recognition we have received in both awards and patron feedback. It’s sometimes easy for people to forget that this is an all-volunteer group, which year after year, presents theatre of outstanding quality.”

In addition to the local accolades, TDW was selected to participate in the Ohio Community Theatre Association state festival this year, restaging a portion of last season’s hit, “Always… Patsy Cline,” over Labor Day weekend. The group also represented the State of Ohio at the American Association of Community Theatres 5-state regional festival with a restaged version of the 2016 hit, “Unnecessary Farce.”

TDW’s new five-show season kicks off on August 11, with the hysterical musical comedy, “A Funny Thing Happened on the Way to the Forum,” followed by four more shows between October 2017 and May 2018: the dark comedy, “Natural Causes”; the uproariously funny farce, “Inspecting Carol”; a new thriller by a local playwright, “The Girls of Miller’s Court: The Hunt for Jack the Ripper”; and the stage adaptation of the classic comedy, “The Sting.”

Season tickets are $70 each, and may be ordered by phoning the TDW box office at 513.598.8303. In addition to a discount over the regular ticket prices, season ticket holders also receive reserved, preferred seating in what is normally a general seating venue. 285 patrons have already signed up for the next season, representing almost one-third of the available seats.

In addition to season tickets, single show tickets for “A Funny Thing Happened on the Way to the Forum” are also on sale, and can be ordered through the TDW box office. Seating is limited, and advance reservations are strongly recommended.

TDW productions are frequently been selected to represent the Southwest Ohio region at the Ohio Community Theatre Association annual conference, including this past season with our production of “Aways…Patsy Cline”. TDW was also honored to represent the state of Ohio at the 2013 and 2017 American Association of Community Theatre regional conferences. The Drama Workshop has been recognized the Cincinnati Preservation Association for their efforts to rehabilitate the former Glenmore Bowl into The Glenmore Playhouse.