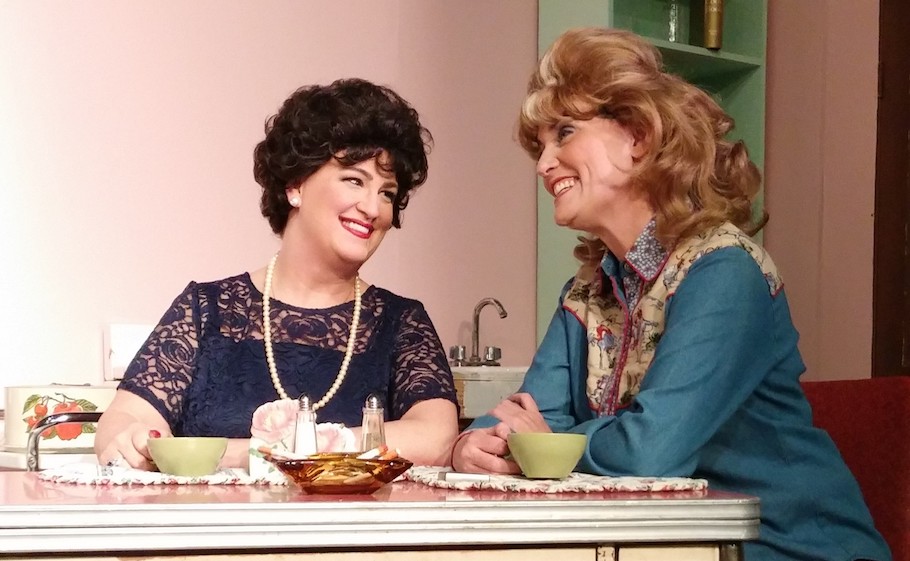 (Cheviot, OH) The Drama Workshop is thrilled to present the heartwarming musical, “Always..Patsy Cline” opening April 28, and running through May 20. Performances will be at The Glenmore Playhouse in Cheviot. Showtimes are 8 pm on Friday and Saturday evenings, and at 2 pm on Sunday afternoons.

“Always…Patsy Cline” is based on the true story of Patsy Cline’s friendship with Houston housewife Louise Seger. In 1961 when Cline went to Houston for a show, Seger and her buddies arrived about an hour-and-a-half early and, by coincidence, met Cline who was traveling alone. The two women struck up a friendship that lasted until Cline’s untimely death in a plane crash in 1963.

The musical play, complete with down-home country humor, genuine emotion, and even some audience participation, includes dozens of Patsy’s unforgettable hits such as “Crazy,” “I Fall to Pieces,” “Sweet Dreams,” and “Walking After Midnight.” This captivating gem of a show has received glowing praise from audiences across America.

Cynthia Mottel plays Patsy Cline, and says that she was drawn to the role because of Cline’s iconic place in American music. “I was born and raised in the south, and listened to country music most of my life,” Cynthia explained. “Patsy Cline is a woman who broke the barriers that had previously prevented women from entering the music world. The friendship between Louise and Patsy is told with both humor and emotion with some audience participation, which is not often found in stage productions.”

Jennifer Keith, who portrays Louise, also cited the music and the relationship between the two women as two of her favorite things about the show. “Patsy’s music is timeless and so many people still love it and her,” she said. “The show is humorous and sweet and touching, and the two women have real emotions and a real friendship.”

Director Robert Weidle brimmed with enthusiasm when asked why he thought audiences would enjoy the show. “I believe they will really love the music! The band is wonderful, Jennifer is amazing, and Cynthia’s portrayal of Patsy is nothing short of brilliant!”

To purchase tickets to “Always…Patsy Cline”, please either order online at thedramaworkshop.org, or via the 24/7 ticket line at 513.598.8303. Performances are at The Glenmore Playhouse, 3716 Glenmore Ave, Cheviot, 45211. Ticket prices for the show are $16 in advance, or $17 the day of the show. Seating is extremely limited, and some performances are close to sold out. Discounts are available for groups of 10 or more.