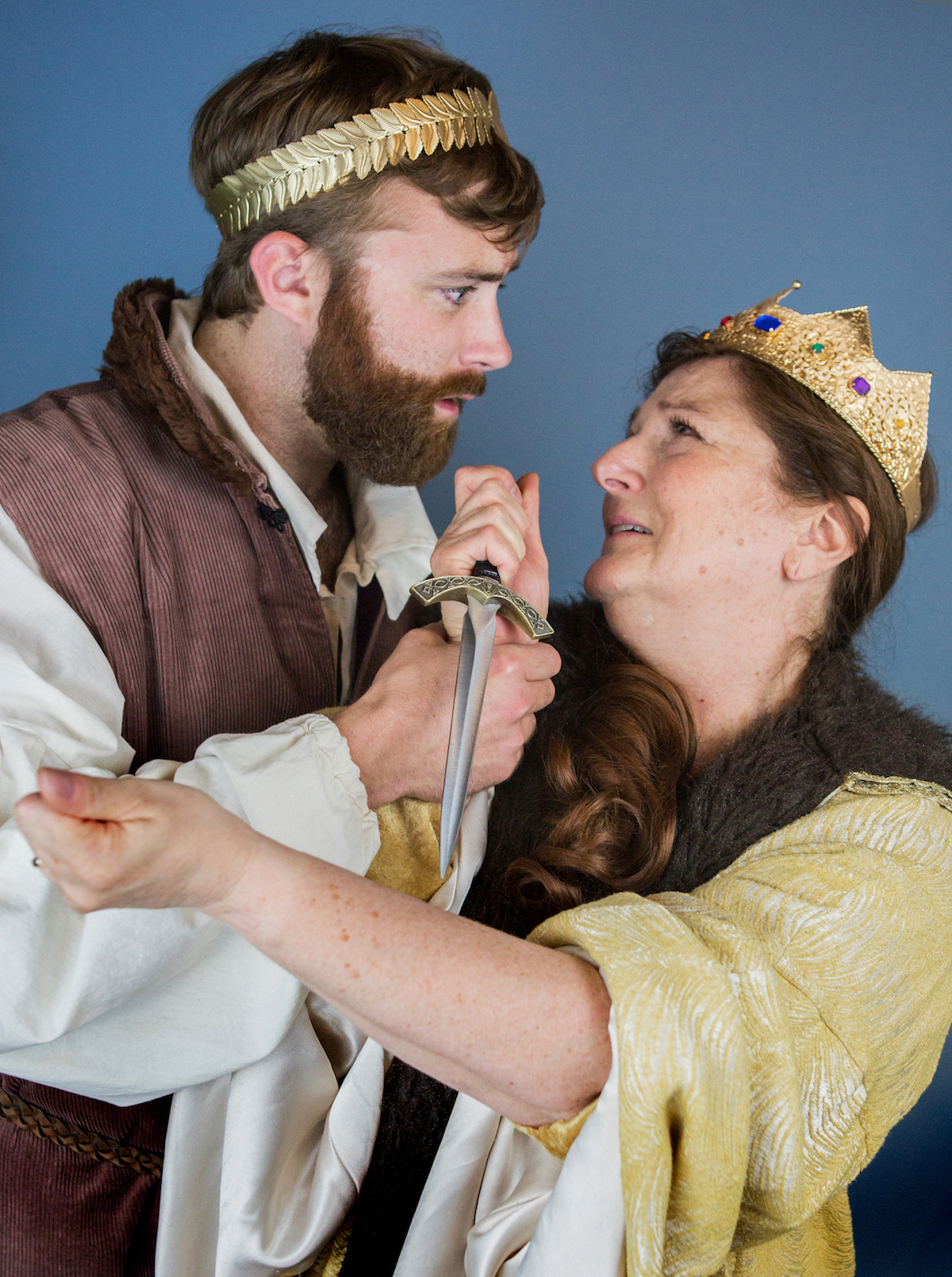 Richard (Rick Hunt) confronts Queen Eleanor (Karen Romero) in his attempt to gain the throne of England in TDW’s production of ‘The Lion in Winter’, opening October 7. Tammy Cassesa image.

The Drama Workshop is thrilled to open the classic, “The Lion in Winter” by James Goldman, on Friday, October 7th, and running through October 23rd at The Glenmore Playhouse, TDW’s intimate 96-seat theater in the heart of Cheviot.

With sibling rivalry, adultery and dungeons, “The Lion in Winter” is a modern day classic. Comedic in tone and dramatic in action, the play tells the story of the Plantagenet family who are locked in a free for all of competing ambitions to inherit a kingdom. The queen, and wealthiest woman in the world, Eleanor of Aquitaine, has been kept in prison since raising an army against her husband, King Henry II. Let out only for holidays, the play centers around the inner conflicts of the royal family as they fight over both the kingdom and King Henry’s young paramour during the Christmas of 1183. As Eleanor says, “every family has its ups and downs,” and this royal family is no exception.

“The Lion in Winter” was adapted for film in 1968, featuring Peter O’Toole as Henry and Katharine Hepburn as Eleanor. Hepburn won second Best Actress Academy Award for her performance.

Long-time TDW member and Westwood resident Karen Romero considers Eleanor of Aquitaine to be a ‘bucket list’ role. “Eleanor of Aquitaine would be a remarkable woman in today’s world, but in 1183 she was truly unique,” Karen explained. “This is a real life ‘Game of Thrones’ that happened over 800 years ago! Adultery, power struggles, betrayal, and love – the show has it all.”

Newcomer Rick Hunt is the legendary Richard the Lionheart, son of Eleanor and Henry, and also loves the storyline. “You don’t really know what’s going to happen until the last few minutes of the show,” he said. “Audiences will love it!”

For more information or to order tickets, please call TDW’s 24/7 ticket line at 513-598-8303 or order on line at www.thedramaworkshop.org. Discounts are available for groups over 10. Shows frequently sell out, so reservations are recommended. The 96-seat theater uses festival seating, except for season subscribers.

TDW has a long history of being selected to represent the Southwest Ohio region at the Ohio Community Theatre Association annual conference, including last season’s production of UNNECESSARY FACE. TDW is also honored to represent the state of Ohio at the 2017 American Association of Community Theatre regional conference in Champaign, Illinois. The Drama Workshop has been recognized by the Cincinnati Preservation Association for their efforts to rehabilitate the former Glenmore Bowl into The Glenmore Playhouse.